Dante Kamau was a miracle. Strong in the womb, and stronger still on the outside, he has had us from the moment we knew we were having him. 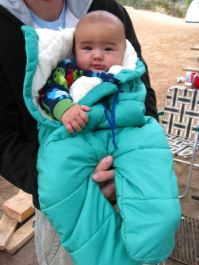 In times of big change and big crisis, he has been remarkably, as his name implies, steadfast. Though a man of routine armed with a killer memory, he can somehow adapt to change and walk in confidence through the things we thought could rattle him—that rattled us. He is an excellent traveler and sleeper, having spent time in D.C., the Midwest, the Northwest, Amsterdam and Kenya in his first 2 years of life. He is brave and has faced many an adventure, head on, the past 7 years, giving us so much joy and new delight. He has done much for our arm muscles, and not much for our backs. 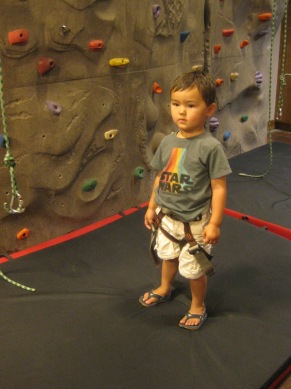 In the times of small upsets and tough social nuances, the tenderness and fragility of still being a young child, with too-big emotions, in a too-big body, with too many thoughts, all create a windstorm of fury and collapsing and we are caught off guard, new to this creature, all over again. He wears his heart on his sleeve and there is nothing discreet, like, ever. His straightforward manner of talking can seem rude and his analytical questions can make me want to hide. In a battle of an NF parent and an SF child, I just can’t sometimes, and he just can’t sometimes, and so we pat each other’s J’s and do our best. Sometimes his best response is “I don’t really want to talk.” and again, new, fretting like first-time parents of a newborn—how to maneuver with this miracle son.

He’s the one to first show us what it’s like to physically hurt for your kid and how wonderful it is to read for the first time and how you learn to read them better than you read yourself. What it’s like to hold yourself back from a violent urge to protect, interfere, speak for, defend, and, in general, smother, your offspring FOR THEIR OWN GOOD I’M SURE. He’s the one to first push every single button and make us feel insecure or embarrassed or loveydovey or playful from the tips of our toes. He’s the one to show me the tangible process of differentiating and letting go, slowly, barely, but surely, of your kid. He’s the one to show us the power of sin passed on through generations and to cause us to take more seriously our own repentance and rely more heavily on God’s grace. He’s the one to lead me to that desperate prayer at night, Lord save this kid from us. From my own blindspots, insensitivities, oversensitivies, and poverty.

We have never been here before, sweet Dante, wherever we are with you now. You are our first, and we feel like kids, and we love you so much it hurts. As you begin a new year, grow another foot, and take another step away from us, may your heart grow bigger, your identity in Love and Grace and Jesus surer, and your sharp mind stronger. You are His and you are ours, and we are so, so blessed by you.

The importance of creating and impacting physical symbols to outlast ones own life is immeasurable. From legacy stones with fingerprints, a project initiated by @bekifromtheblock, to writing words on neutral, soothing objects, creating in the midst of pain, separation and dying is a unique liberation for patients, families and caregivers. It helps connect people to another time and grounds the grief in an integrated way. I’m so thankful to work on a team and in a hospital that values and facilitates this. So many rituals have helped me and my friends in times of grief; from broken dreams to sold buildings to ends of an era, observance is key. I bring these offerings to patient rooms knowing full well the power of paint, pens and symbols. I encourage us all to lean in and ritualize and symbolize our sadness just like we do our celebrations. ♥️🕊
Generally people do the best they can with what they know at the time. I try to extend that air to my self. There were reasons, there was goodness, and it may have been totally different if it had happened tomorrow. 🤎🕊
Sometimes we twin and it’s not even always planned. Also, we have a lot of height difference on our team.
Chaplaincy can be holding hands when someone realizes they’re not in control either. “Not Even the Monstera” could be good news and the worst news. We have breath and we are but breath.
God bless the layering of paint and the stripping, the building and the peeling. The abstract misshapen character that emerges between old and new. God bless the sturdy underneath, the same through the storms but changed.
Saturday projects once in a while.